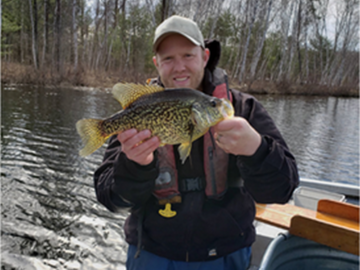 What is the potential of our area trout waters and how great is the Green Bay walleye and musky fishery? Our next speaker, GB Fish Biologist Jason Breeggemann, has your answers! 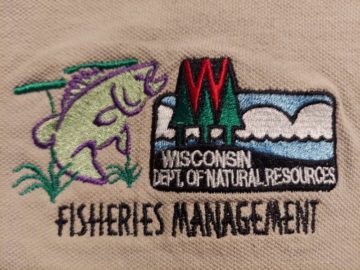 GBTU recently received the great news that we are getting a Cellcom Green Grant and a Wisconsin DNR R3 Grant.

The early catch and release trout season opened on January 2nd and will run until May 6th.

Where Have All the Trout Gone ?

In a county once known for its clear trout streams and rivers, all of Kewaunee County's three rivers – the East Twin, Ahnapee and Kewaunee – are now on the EPA's Impaired Waters list. What happened ?

Read more about " Where Have All the Trout Gone ? ".

Whether you want to discover new trout fishing spots, care about the protection of one-of-a-kind coldwater resources or both...you will want to be at GBTU's second program of the meeting season. 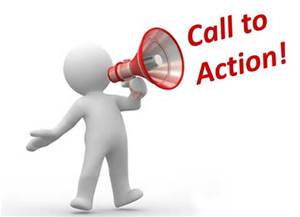 Call to Action on Land Sale

The Wisconsin Department of Natural Resources has released a list of 118 parcels of land which are currently being reviewed for possible sale. Please read this Call To Action !

Read more about " Call to Action on Land Sale ". 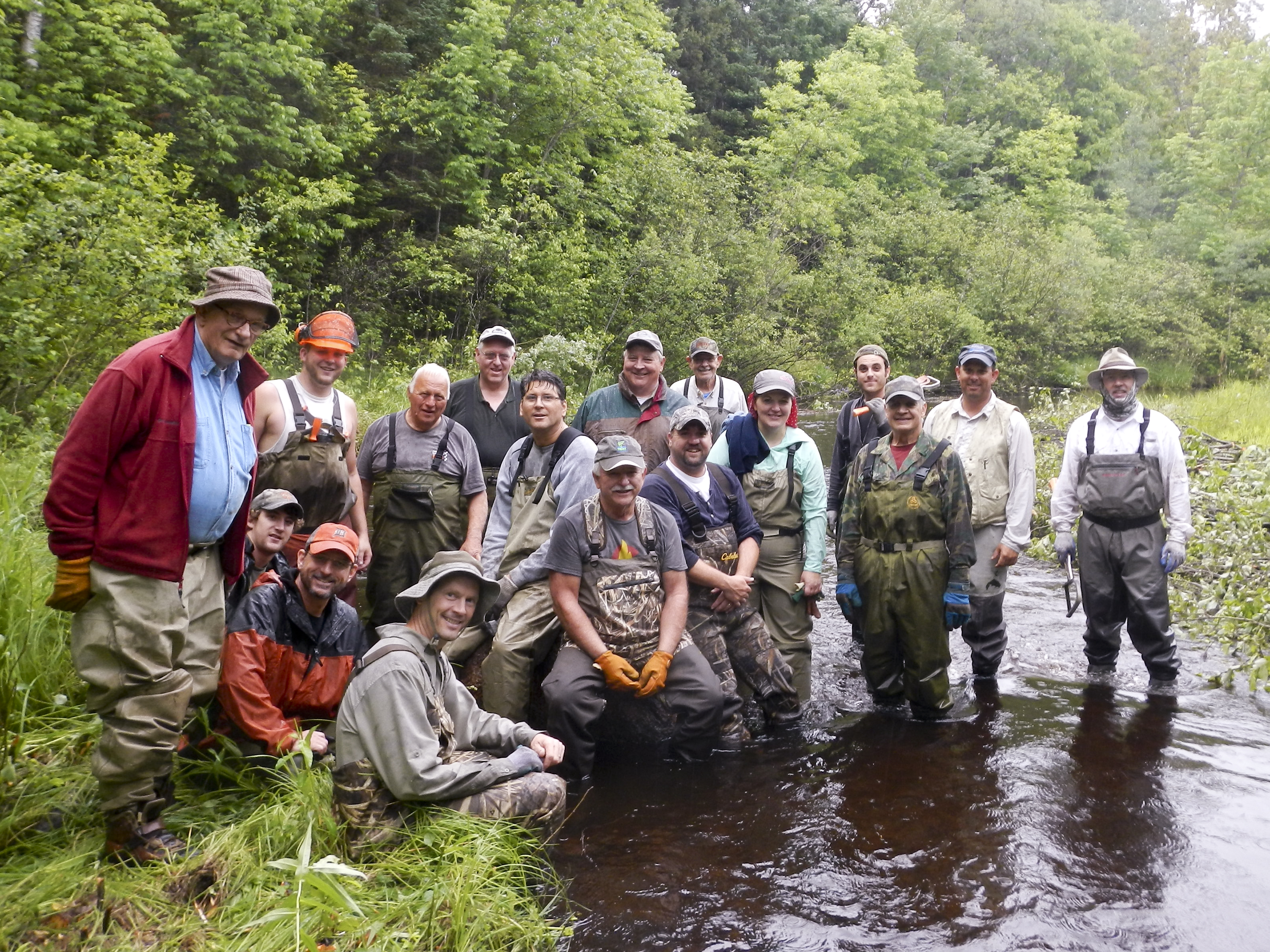 We completed our second work project, clearing tag Alders and brush bundling on the South Branch of the Oconto June 20th, with only a light rain falling toward the end the morning. 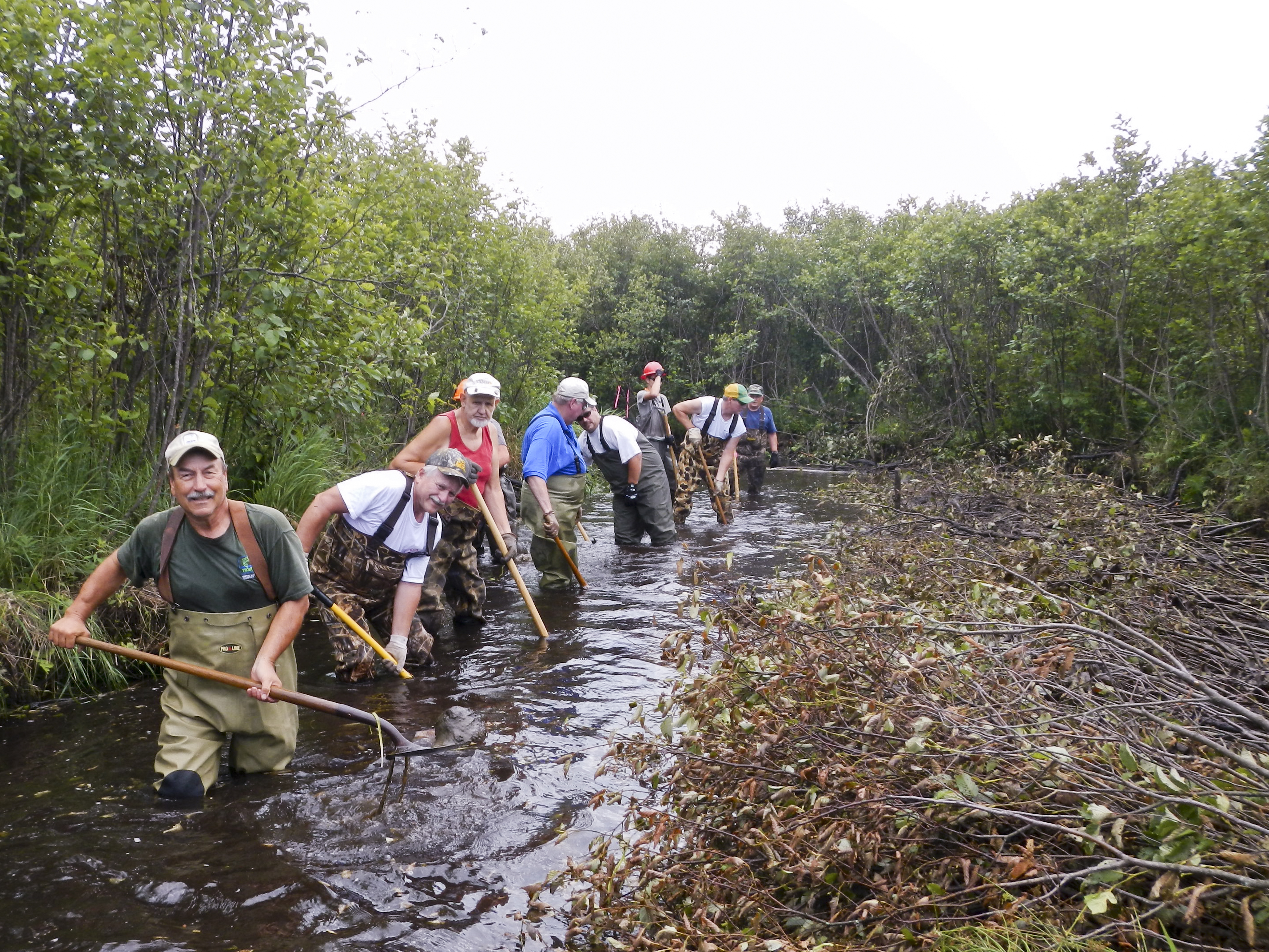 On Saturday, June 20th Green Bay Trout Unlimited will be holding our second work project of the season. We will be brushing a stretch of the Upper South Branch Oconto River. 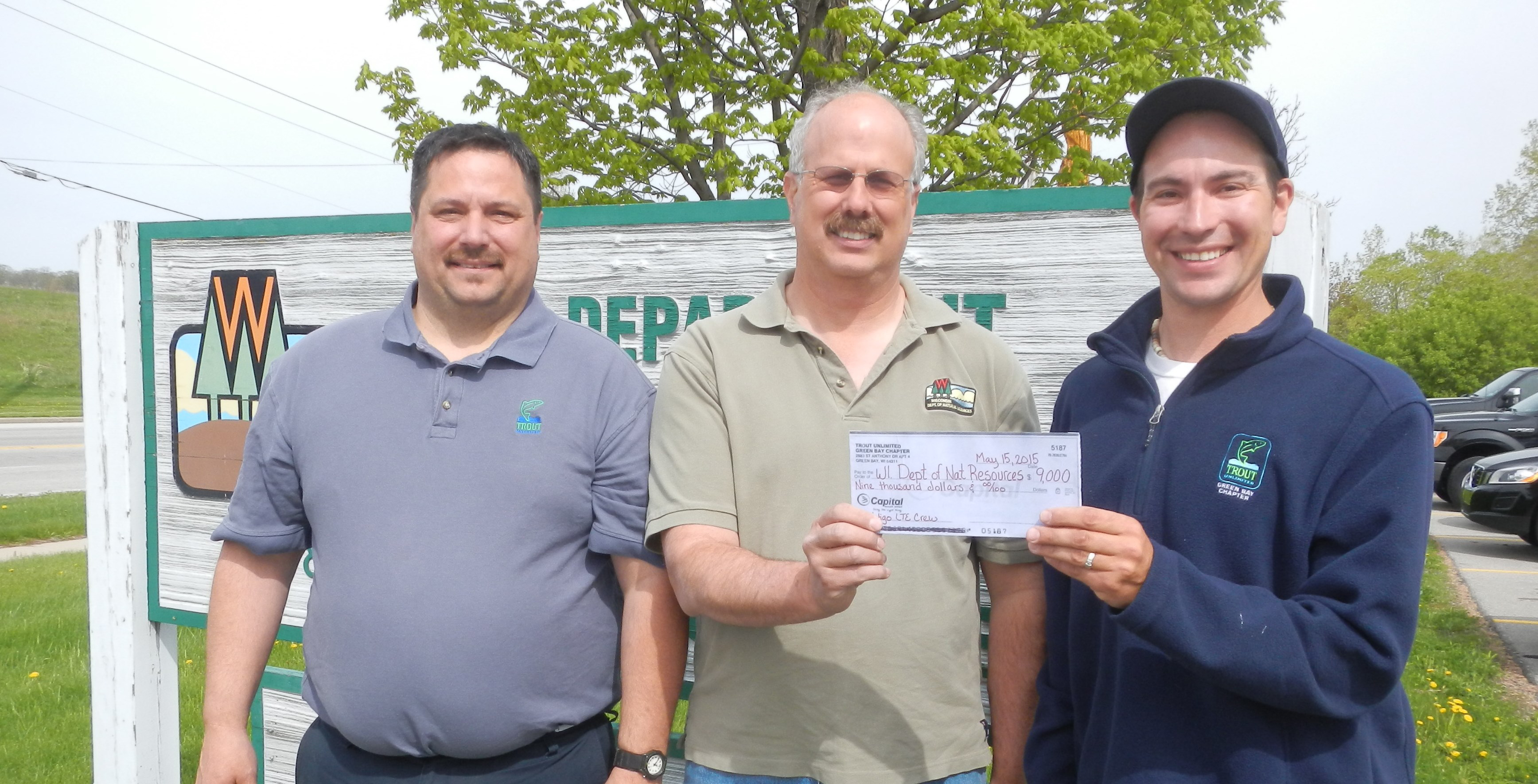 Area trout streams will be receiving some extra help this summer due to the efforts of the Green Bay, Marinette and Oconto Chapters of Trout Unlimited. 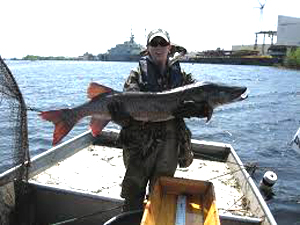 Our March 5th GBTU program meeting has moved to Thursday, March 12th because of the Fly Fishing Film Tour fundraising event held on the 5th at the Meyer's theater. Our speaker is WDNR fisheries biologist Tammy Paoli.

At the latest Lake Michigan Fisheries Forum (LMFF) meeting in September 2014, the WDNR asked Lake Michigan stakeholders what were their most important concerns regarding the big lake. 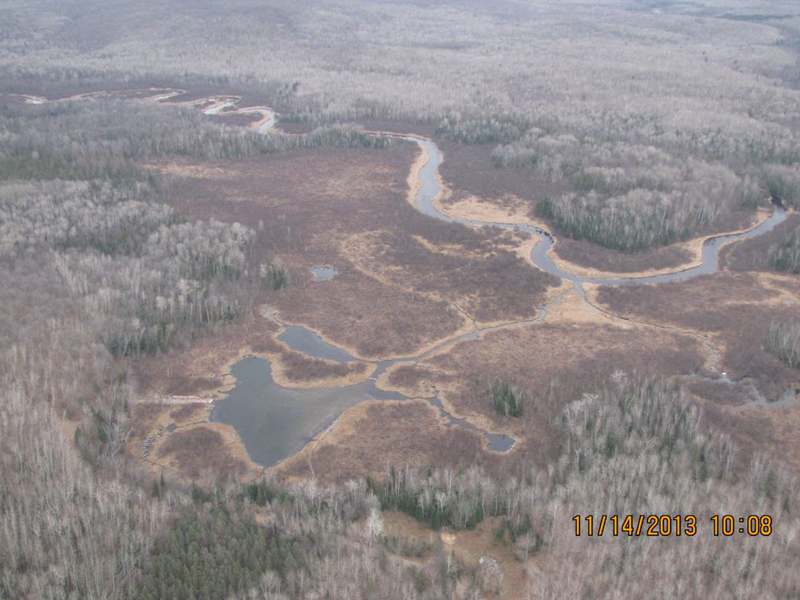 On June 4th, the WDNR launched " the Dredge " into Hemlock Spring Pond. These ponds were created by the last glacier and the original ponds were much deeper and colder.